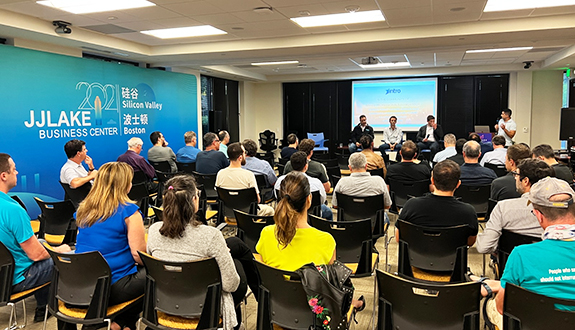 Join us, along with an excellent panel of VCs operating in the Valley and in Israel, to discuss:

A look back at the VC landscape, from 2020 to today

·The journey into VC: How you got here

·Exploring the VC’s point of view on product

·To stay or grow: Pros and cons of staying in corporate vs moving to a startup

·Israel vs the Valley: Are you in the right place for tech development?

Note: This event will be conducted in English.

For 17 years, Oded has invested across different industries as a managing partner at J-Ventures (including unicorns Datarobot, Visby Medical, Omada, Veev), a partner @Rhodium VC (which invested in unicorns - Yotpo, Outbrain and Storedot), Coin Ventures (Yotpo, Yieldmo), and as an Angel. His investments have been spread across Silicon Valley, New York City and Israel. Parallel to VC investments and consulting, Oded lead the creation of Israeli VC Association, formed IATI, was a founding member of ICON and INTRO, as well as J-Angels and the Global VC Congress.

Pavel Livshiz is a General Partner at Hetz Ventures. Previously, Pavel was a principal at Amiti Ventures, an Israeli early-stage fund. He is an aerospace engineer by education, with over nine years’ military career in Israeli elite technological intelligence units. Pavel entered the world of business first as an investment banking intern at Goldman Sachs, followed by a CMO position at a leading Israeli IoT start-up, followed by a consultant role at Bain & Company in Amsterdam. He was also the founder and president of Recanati Consulting Group.

Daniel Karp is a partner at Cervin focused on investments in Enterprise Infrastructure, across Cloud-native infrastructure, DevOps, ITOps, developer tools, cyber security, networking, data management, and open-source-first enterprise motions.Previously, Daniel led Investments and Acquisitions for multiple billion-dollar domains at Cisco, including Networking, Cloud and Data Centers, and the geographic efforts in regions such as Israel and Latin America. He also worked for several years at Microsoft across roles in strategy, business development, and product management with the Azure team and the company’s internal incubation projects arm, the Startup Business Group, as part of the firm’s research subsidiary, Microsoft Research.